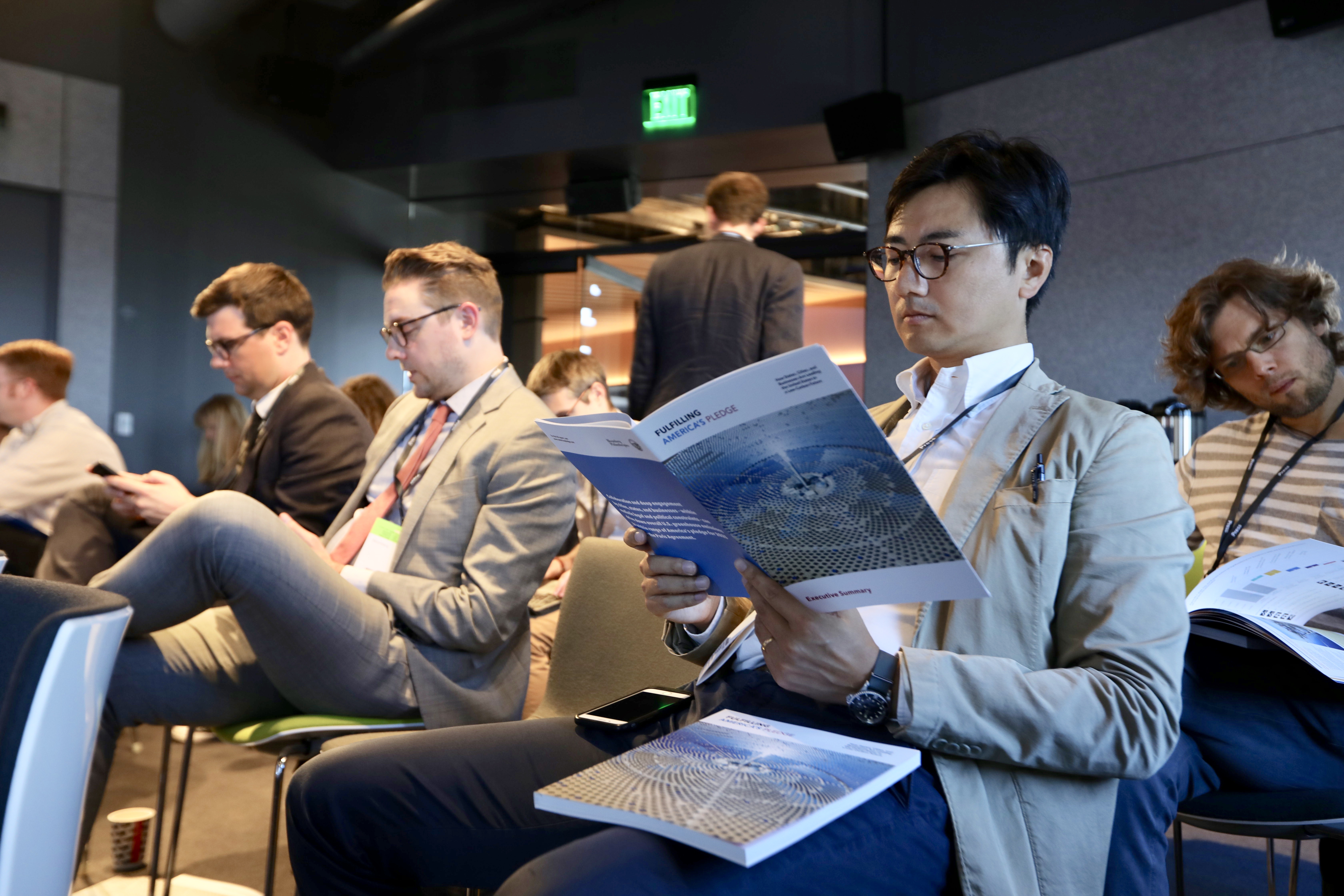 Bloomberg and Brown to unveil roadmap for cities, states and businesses to cut emissions 24% by 2025, within striking distance of 2015 Paris goal

San Francisco – As the Global Climate Action Summit begins — where over 4,000 business, city, state and civil society delegates are plotting more ambitious commitments to achieve the goals set by the Paris Agreement — Summit co-chairs Governor Edmund G. Brown, Jr. and UN Secretary-General’s Special Envoy for Climate Action Michael R. Bloomberg will unveil a new report demonstrating how cities, states, and businesses can bring the U.S. within striking distance of its 2025 emissions reduction target in the absence of federal leadership.

Thanks to initiatives already taken by cities, states and businesses to reduce carbon emissions, the United States is already almost halfway to meeting its 2025 Paris Agreement goal. Existing commitments and policies will take the country two-thirds of the way towards those objectives – despite the absence of federal support on climate action. If bottom-up climate collaboration accelerates and the coalition broadens, real economy actors can carry the United States within striking distance of meeting its 2025 Paris pledge. Importantly, our cities, states and businesses can do their part to put us on a post-2025 pathway towards deep decarbonization as well.

“As the world feels the impacts of climate change, the need for widespread, ambitious climate action has never been clearer,” said UN Climate Change Executive Secretary Patricia Espinosa. “Increasingly, action on the ground is being driven by cities, states, businesses, universities, and others around the world who recognize the value of bottom-up initiatives to accelerate this momentum. America’s Pledge embodies just that, and the new report provides a roadmap to galvanize even more action from all levels of society, both in the U.S. and across the globe. It is with profound reassurance that I welcome the America’s Pledge report from key actors who are providing climate leadership.”

The report, “Fulfilling America’s Pledge,” was prepared by researchers at the University of Maryland and the Rocky Mountain Institute, an independent think tank. Using a purpose-built integrated assessment model incorporating thousands of aggregated data points from across diverse non-federal actors, the report finds that current commitments and market forces will cut economy-wide emissions 17 percent below 2005 levels by 2025, roughly two-thirds of the way to America’s pledge under the Paris Agreement, which called for reductions of 26 to 28 percent over that period.

“While headlines focus on the political fights in Washington, the real action on climate change is happening in cities, states, and the private sector,” said Bloomberg. “Those groups are positioning the U.S. to uphold our end of the Paris Agreement, no matter what happens in Washington. This report shows that the U.S. is almost halfway to our Paris goal, and it outlines steps that cities, states, and businesses can take to get us the rest of the way there. We need more leadership from the federal government, but until we get it, this report can serve as a blueprint for national climate action, driven from the bottom up.”

Analyzing ten high-impact climate action strategies across most major economic sectors and all greenhouse gases—including electricity, transportation, buildings, oil and gas methane, natural and working lands, and hydrofluorocarbons—the report identifies the most plausible pathways for accelerated implementation of climate commitments by cities, states and businesses, all within realistic legal and political constraints and without federal policy support.

Such pathways include: setting and implementing more stringent renewable energy procurement policies, accelerating the phase out of super-polluting refrigerant gases, and mapping and repairing methane leaks from natural gas pipelines.

“States, cities, businesses, universities and non-profits are showing the way with real commitment and real action on climate,” said Governor Brown. “We’re getting it done, but there’s still a mountain to climb.”

Among other findings, the America’s Pledge report concludes that these ten strategies, if implemented over the next three years, could drive U.S. emissions down further than current measures, to 21 percent below 2005 levels by 2025. If a broader range of city, state and business leaders took more ambitious steps by 2020 to implement such programs, emissions would fall by 24 percent in 2025, within range of the “Nationally Determined Contribution” set by the Obama Administration under the Paris Agreement. These near-term actions would also set the stage for even faster emission reductions beyond 2025, putting the United States on the path towards deep decarbonization of the economy, all in the absence of federal leadership.

Using novel analytical approaches, this report quantifies and assesses how the U.S. real economy actors are contributing to and have the potential to further progress toward U.S. targets under the Paris Agreement. This report provides the most comprehensive assessment of how U.S. states, cities, and businesses are embracing new economic opportunities and technologies to implement climate targets and deliver emissions reductions within their own jurisdictions.

About America’s Pledge
In the wake of the Trump Administration’s decision to pull out of the Paris Agreement, an unprecedented number of U.S. cities, states, businesses, and universities have reaffirmed their commitment to helping America reach its Paris climate goals. Whether through declarations like We Are Still In or new pledges and commitments of their own, these non-national actors are maintaining U.S. momentum on climate action in the absence of federal leadership. In July 2017, former New York City Mayor Michael R. Bloomberg and California Governor Jerry Brown launched the America’s Pledge initiative, which seeks to aggregate and quantify the actions of states, cities and businesses and other non-national actors in the United States to drive down their greenhouse gas emissions consistent with the goals of the Paris Agreement.