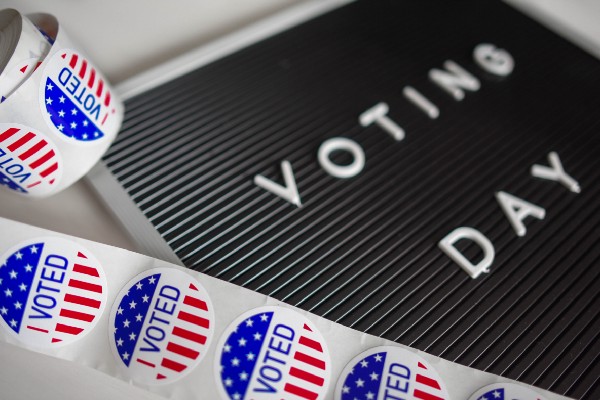 By: Nate Hultman and Christina Bowman

Last week, the U.S. midterm election flipped the House of Representatives, six state legislative chambers, seven governorships, and a myriad of other seats across the country, thus sweeping in a cohort of new leaders at state, city, and local levels who have committed to ambitious climate action. This wave of new leaders adds to the already large list of city, state, and other elected leaders who have incorporated climate change into their platform: acknowledging scientific consensus, pledging to uphold the Paris Agreement, and investing in clean energy.

One of the most significant outcomes was in governors’ races, in which voters elected eleven new governors who ran with a climate and clean energy agenda. These new governors already pledged their support for rapid action, from Michelle Lujan Grisham who won the New Mexico governorship and ran on a platform of 50% renewables by 2030 and 80% by 2040, to Janet Mills in Maine who won on the pledge to transition the state to 100% clean energy by 2050.

This new leadership will be building on momentum that has been growing over the past two years. In implementing such climate policies, this new cohort of governors could expand the U.S. Climate Alliance — a coalition of states committed to climate action — to up to 24 states, including Puerto Rico. Even before the election, a globally significant coalition of American states, cities, and businesses stepped up to make commitments to accelerating action toward climate goals. Our recent Fulfilling America’s Pledge report noted that this coalition is equivalent to the third-largest country in the world, and the fourth largest greenhouse gas emitter.

In addition, with many states turning a new page, there is an opportunity for new regional climate policy coalitions, similar to the Regional Greenhouse Gas Initiative (RGGI). For example, in the Midwest, the new governors entering office create an opportunity to reinvigorate a similar regional compact that existed in 2007, called the Midwestern Greenhouse Gas Reduction Accord. In the near term, we could see one of the America’s Pledge key collaborative strategies for subnational actors, such as building state coalitions for carbon pricing, as well as a range of additional measures they could implement in concert with other actors like cities and businesses.

Not all results were positive though. A few high-profile climate and energy ballot initiatives were rejected, such as in Washington State, where voters chose not to enact a carbon tax. Additionally, several moderate Republicans who supported climate action lost their seats this election cycle, which at least in the short run, makes cross-party discussion on climate policy more difficult.

Nevertheless, the picture is clear — across the country, climate policies were integrated into the meaningful apparatus of government, from local to national levels. Notably, in the week following the election, a group of youth climate activists were joined by House Representative-elect Alexandria Ocasio-Cortez to call for an extraordinary and ambitious new climate strategy in current House Minority Leader Nancy Pelosi’s office. This “Green New Deal” calls for the US to aim for rapid decarbonization at the scale and pace necessary, while integrating plans for investing in green infrastructure and supporting jobs to ensure a just transition that builds in opportunity across the economy.

In summary, the developments in the election are important for four reasons.

Our recent work, with many partners, on Fulfilling America’s Pledge showed definitively that bottom up action by diverse actors in the real economy — states, cities, businesses, communities of faith, universities, health organizations, and more — can have a significant impact on American climate policy and investment decisions. The recent election not only expands the set of actors that are taking significant new actions, but it also is already resonating across the country to deepen commitment and actions in places that have already started, and in building the coalition needed for future elections to deliver national leadership that can re-engage the Federal government for climate action in 2020 and beyond.

Nate Hultman is the director of the Center for Global Sustainability at the University of Maryland and a lead author on the Fulfilling America’s Pledge Report.

Christina Bowman is Manager for Energy & Climate Change at the Center for Global Sustainability and a contributing author on the Fulfilling America’s Pledge report.