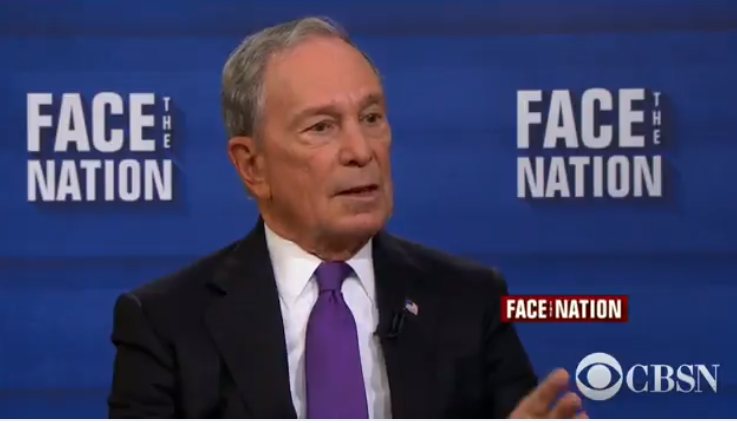 NEW YORK, NY – Today, Michael R. Bloomberg, the United Nations Secretary-General’s Special Envoy for Climate Action, announced a contribution to support the operations of the UN Climate Change Secretariat, including its work to help countries implement their commitments under the 2015 Paris Agreement. The contribution realizes Bloomberg’s promise from June 2017 to fill a significant funding gap that comes as a result of President Donald Trump’s intention to withdraw from the Paris Agreement and proposed steep budget cuts for international programs, including those on climate.

Bloomberg’s contribution of $4.5 million provides the UN Climate Change Secretariat with sixty percent of the anticipated U.S. government support this year. On March 23, the U.S. Congress passed an omnibus spending bill for fiscal year 2018, allocating $3 million to the UN agency, down from approximately $7.5 million provided annually in prior years. Bloomberg will make additional funds available to the UN Climate Change Secretariat should the U.S. government continue to fail to pay its share of the UN climate budget in 2019. Bloomberg Philanthropies’ funding will strengthen the UN Climate Change Secretariat’s capacity to support developing countries, carry out strategic outreach to promote climate action among stakeholders such as cities, regions, business and civil society, and address institutional needs in areas such as information technology and communications.

Following President Donald Trump’s announced withdrawal from the Paris Agreement and proposed funding cuts for domestic and international climate programs, Mike Bloomberg launched the “We Are Still In” declaration and created America’s Pledge on climate change with California Governor Jerry Brown in the summer of 2017. These efforts aim to demonstrate that the U.S. can meet its pledge under the Paris Agreement regardless of federal inaction, while spurring additional climate and clean energy commitments from U.S. cities, states, businesses and other “non-federal actors.”

Michael R. Bloomberg, UN Secretary-General’s Special Envoy for Climate Action, founder of Bloomberg LP and Bloomberg Philanthropies, and three-term mayor of New York City, said, “The U.S. pledged to work with the rest of the world to fight climate change under the Paris Agreement, and that includes providing our fair share of the funding to help countries reach their goals. Our foundation will uphold our promise to cover any cuts to UN climate funding by the Federal government – and the American people will uphold our end of the Paris Agreement, with or without Washington.”

Patricia Espinosa, the Executive Secretary of the UN Climate Change Secretariat, said, “When countries adopted the historic Paris Agreement to limit global temperature rise, they also recognized that achieving that goal would take broad-based global climate action in all sectors, public and private. I welcome this generous contribution from Bloomberg Philanthropies as an important, practical recognition of our need to work together, and to step up our response to climate change.”

Bloomberg also provided the majority of funding for the U.S. Climate Action pavilion in Bonn, Germany at COP23 when the federal government failed to provide the traditional exhibition space for American climate leadership. At COP 23, Bloomberg and Governor Brown launched the phase 1 America’s Pledge report – a footprint analysis of GHG emissions in the United States – and formally submitted it to the UN in place of the federal NDC.  They plan to release the phase 2 later this year and formally submit it, as well

From 2014 to 2016, Bloomberg Philanthropies supported the UN Climate Change Secretariat – the climate negotiating body of the UN – for its work with cities, states and businesses. Bloomberg Philanthropies’ funding to the UN Climate Change Secretariat will cover costs associated with international climate negotiations formerly paid for by the U.S. government, including financing the participation of delegations from the world’s least developed countries at COP 24, this year’s climate conference to be held in Katowice, Poland.

To learn more about America’s Pledge please visit www.americaspledge.com or watch this video.